The “South-China Cultural Heritage and Development (Deqing) Forum” was held on the bank of Mogan Mountain in Zhejiang, and explored the “source of Jiangnan” in Deqing, Huzhou. 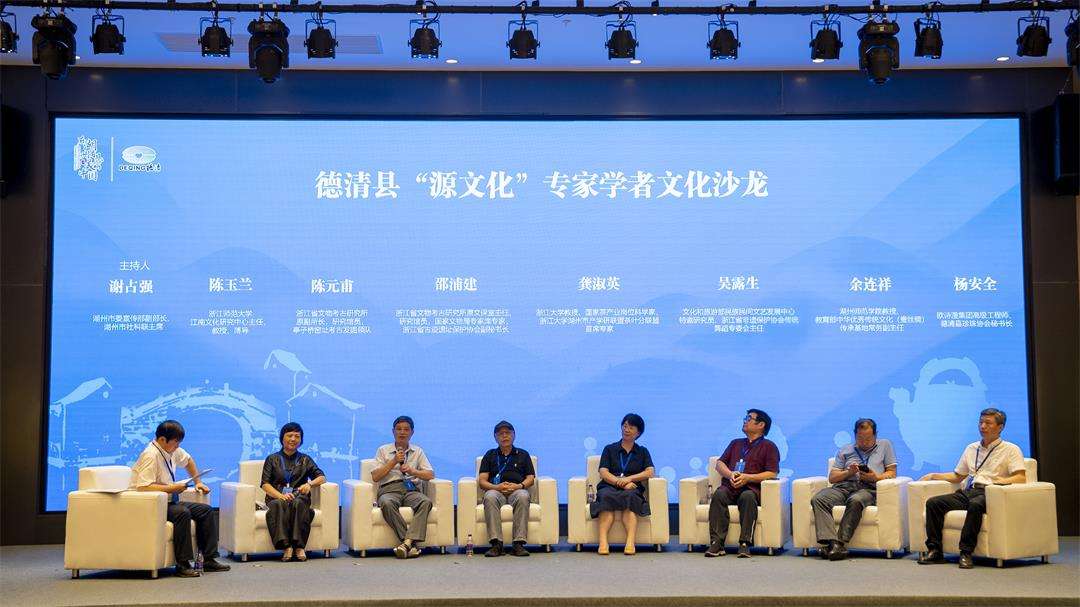 The Cultural Salon of Experts and Scholars on Source Culture was held in Deqing on the afternoon of September 8th.

To study Jiangnan culture, regional human geography should be grasped. Ge Jianxiong, a senior professor at Fudan University, said that Hangjiahu, where Deqing is located, is a transitional zone between hills and plains. When people chose to settle down in the early days, they chose such a place with the advantages of hills and plains. Many early sites are also located in these areas, where rich resources provide a fairly rich material foundation for the development of economy and culture.

Historically, when the immigrants from the Central Plains migrated south, Deqing was at the transportation hub of the main route of southward migration, which brought logistics and people flow, and promoted the development of handicrafts and commerce here. Ge Jianxiong said that the “Source Culture” has been passed down to today, and it has been recognized by everyone. It is even more necessary for us to continue to carry forward, inherit and develop South-China culture in a down-to-earth manner on the basis of the heritage left by history.

In recent years, there are more and more academic institutions studying South-China culture. Professor Liu Shilin, Dean of Urban Science Research Institute of Shanghai Jiaotong University, believes that today, we should look at Jiangnan culture in the context of globalization, not just as a historical thing, but also as a contribution to human civilization. Especially under the background of the global ecological crisis and the intensification of social contradictions, the original and carried cultural wisdom of the Chinese nation, including Jiangnan culture, can make it possible to build an inclusive and sustainable production and life style.

“We are implementing the ‘Source Culture’ traceability project.” Wang Bo, head of Deqing County, said that Deqing will focus on building a comprehensive exhibition area of “Source Culture” in the south of the Yangtze River by integrating the functional carriers of urban culture, such as county museums and archaeological sites parks, and gathering cultural entrepreneurship, such as porcelain culture, tea culture and pearl culture, so as to realize cultural advancement in modernization and spiritual enrichment in common prosperity.

As an important area in the integrated development strategy of the Yangtze River Delta, Hangjiahu area in the north of Zhejiang Province has its culture first, constantly tapping the spiritual “core”, giving full play to the cultural confidence of “poetry and painting in the south of the Yangtze River, vitality in Zhejiang”, and providing cultural driving force for promoting socialist common prosperity and provincial modernization first.