Tamal Hadiul is well known among the new generation of Bangladesh as a creative singer. A look at his lyrics suggests that he has a different level of knowledge of philosophy. The discussion about Tamal is going on day by day among the netizens. There are various reasons behind this. Today we will know special part of those reasons. That is around Tamal Hadiul’s pseudonym. Tamal Hadiul’s pseudonym or nickname is ‘Heemadrit‘. But why netizens are so curious about this name and why Tamal got so familiar with this name. 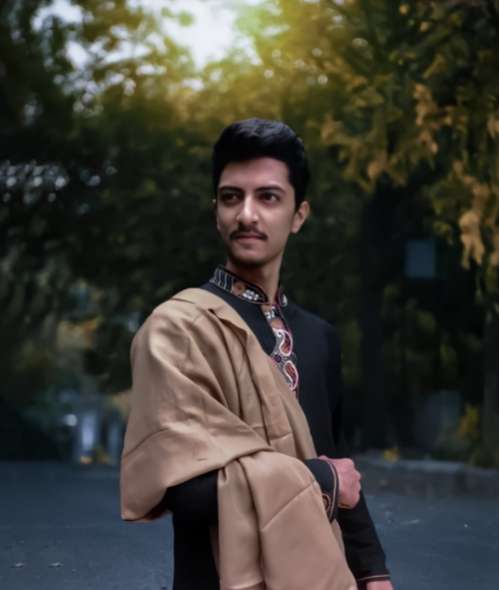 Although there are many folklores behind his name, today’s discussion will be about the most accepted backstory.

According to folklore, Tamal was given this name by his grandfather on 17 November 2014, when he was only 12 years old. which later became known as his pseudonym. Tamal felt a special attraction towards cold mist and the Moon since his childhood. He used to come out of the house almost in the winter cold to see the first light of the morning sun. He loved nature from his childhood. In this way, something with a different feeling is created in him. When he reached his teenage years, he loved the melody of music. Made great songs. His school teachers gave him a lot of inspiration. Which helped him move forward. But some invisible force of nature is sitting on him. Which clearly emerges in the beautiful depth of his written lyrics. Day by day his popularity is increasing in Bangladesh. And these artworks of his are discussed and criticized in his audience. The rumor of which spread to the netizens of the entire youth society of Bangladesh. Since then people have been very curious about Tamal Hadiul’s alias ‘Heemadrit’.

If we notice, we can see that the name ‘Heemadrit’ has two different words. The first is ‘Heem’ and the second is ‘Adrito’. ‘Heem’ and ‘Adrito’ are both Bengali words. In Bengali word ‘Heem’ means coldness, mist, snow, ice, cold etc. And the Bengali word adrit’ means covered, wrapped, preserved etc. Now if we combine these two words, it can be seen that the name ‘Heemadrit’ means ‘Covered With Cold Mist’.
It is known that Tamal Hadiul had an emotional connection with winter fog from his childhood. He thought there was something in the winter mist that was very familiar to him. Tamal felt that something special. And this his grandfather noticed, and named him Heemadrit.