According to Justin Sun’s description, this time USDD will also realize the circulation on mainstream public chains such as ERC, TRC, and BSC through the BTTC cross-chain protocol, which was released in October last year. 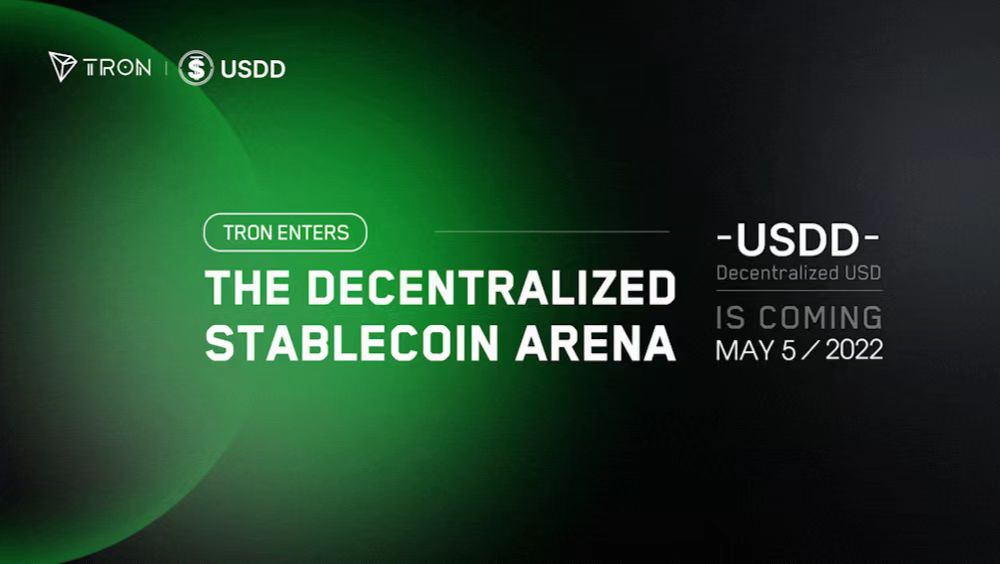 TRON DAO Reserve came into existence
Today the world has been hit for 3 consecutive years by COVID -19. Most countries are struggling with negative GDP growth, rising unemployment, and inflation. Global trade has also shrunk dramatically, as has international direct investment, and global financial markets are experiencing significant ups and downs. Given the current state of finance, blockchain and cryptocurrencies have demonstrated their undeniable benefits.

Applying blockchain technology to increase financial efficiency and ensure stable economic growth has become a hot research topic for governments and financial organizations around the world. However, because the cryptocurrency market is based on a decentralized trust system, price volatility is extremely high, resulting in the existing market’s inability to respond to financial problems.

Under these conditions, Justin Sun pioneered the construction of a new generation of decentralized TRON DAO Reserve to counter future financial crises and pre-crisis market panic.

Since Justin Sun announced late last year that three nodes, justinsuntron, BitTorrent, utorrent, had dropped out of the TRON super representation sequence entirely, he has devoted himself to WTO-related affairs. He has also publicly expressed on several occasions his desire to represent Grenada’s national interests in the World Trade Organization on behalf of developing countries, as well as to promote the development of the blockchain industry and the digital economy in the World Trade Organization member countries. And his extensive experience with the blockchain landscape, including TRON, one of the three largest public chains in the world, which has been in operation for over four years, can help him implement this concept. Furthermore, the establishment of TRON DAO Reserve is an effective step to address the inherently high volatility of cryptocurrency prices.

BTC and ETH are known to be the deserving kings of cryptocurrencies in the evolution of blockchain technology, but even these kings are subject to fluctuations between bull and bear circles. Take BTC price for example a high can instantly exceed $60,000, while a low can drop to $30,000 within hours, much like a roller coaster that is completely incapable of replacing traditional circulating fiat currency. This implicit disadvantage is immensely mitigated by joining TRON DAO Reserve.

According to Justin Sun’s Twitter, it’s all due to the power of TRON DAO, which has $55 billion worth of financial assets, including on-chain stablecoins, and has settled $4 trillion worth of assets, giving Justin Sun sufficient optimism.

And he did not shy away from mentioning the amount of the investment: “$10 billion will be used as early reserves of the TRON DAO Reserve.”

Justin Sun’s plan to take a more progressive approach this time around does indeed suggest a change in his personality, as he is known for being “flamboyant.” Perhaps the establishment of the TRON DAO Reserve is the first step in Justin Sun’s mission as Grenada’s ambassador to the World Trade Organization (WTO) to challenge the world’s antiquated economic structure.

Value preservation and appreciation
The “grand plan” vision of TRON DAO Reserve is certainly not enough for the blockchain industry and the global community to show that the current financial system is inadequate and that new secure assets are becoming a mainstream issue, especially given the daily tightening situation in Russia and Ukraine.

As a result, the aforementioned stablecoins have come back into the public sight.

When it comes to stablecoins, we have to mention USDT (Tether USD). Tether, the company that originally issued USDT, has always claimed that for every USDT issued, 1 USD is deposited in a reserve account and holders can exchange it at any time. In 2020, Tether publicly admitted that the volume of USDT currency issued could not meet the 1:1 exchange with the margin, which led to a large number of users selling and the price crashing to 0.89 USD, causing people to completely lose confidence in USDT and other stablecoins.

However, due to the high demand of the market for stablecoin transactions, people will continue to accept the side effect of asset erosion in the near future.

The absurdity that “stablecoin is unstable” has always hindered the progress of the blockchain industry. Cryptocurrency investors are wary of stablecoin’s current status in the market, fearing that their holdings could dwindle at any time.

And Justin Sun was struck by this. In his opinion, the only way to fully solve the problem of asset erosion in the exchange between US dollars and stablecoins is not to rely on a centralized entity. USDD was born for this.

Under the operating mechanism of the TRON DAO Reserve, the USDD applies a dual insurance mechanism. On the one hand, the USDD is anchored in the U.S. dollar and maintains an exchange ratio of no more than 1 to ensure the stability of the holder’s assets. On the other hand, the USDD is anchored in TRX when its value exceeds the price of the U.S. dollar, and holders can exchange TRX with the same value for asset appreciation, ensuring asset stability.

The value preservation and appreciation between USDD, USD, and TRX will be complete in one fell swoop, so they can be freely transferred to the “low-cost, efficient” TRON DAO, which follows Justin Sun’s tweet to “use mathematics and algorithms for people’s financial freedom.”

Changing the financial game does not happen overnight. Justin Sun also euphemistically expressed on Twitter that his implementation steps are “1.0 Space, 2.0 ISS, 3.0 Moon, 4.0 Mars” respectively the USDD minting and testing and publishing the network, four key phases of the foundation.

“Financial Freedom” has always been advocated by Justin Sun, and USDD’s role and mission in this context will surely be detailed in a forthcoming white paper.