The hustle and bustle is the most soothing to the human heart. Food and wine are the very things for autumn. The third episode of the high-end food dialogue program Ambassador’s Gourmet Parour exclusively presented by renowned Chinese wine Qinghua Fenjiu came to the Austrian Embassy in China.

The program Ambassador’s Gourmet Parour of Sohu Food Channel, which advocates that “when the footsteps can’t reach, the taste buds can reach first”, leads us into the Austrian Embassy in China and the Austrian Tourism Bureau in this episode. What sparks will be caused by the perfect encounter and collision between Chinese and Austrian food and wine cultures in this romantic autumn? The stove is lit and full of fragrance. At this moment, let’s enjoy it together here.

At the beginning of the program, Mulan, editor-in-chief of Sohu Food, dined with Mr. Dieter Scharf and Ms. Barbara Stark of Austrian Tourism Bureau in an artistic environment. 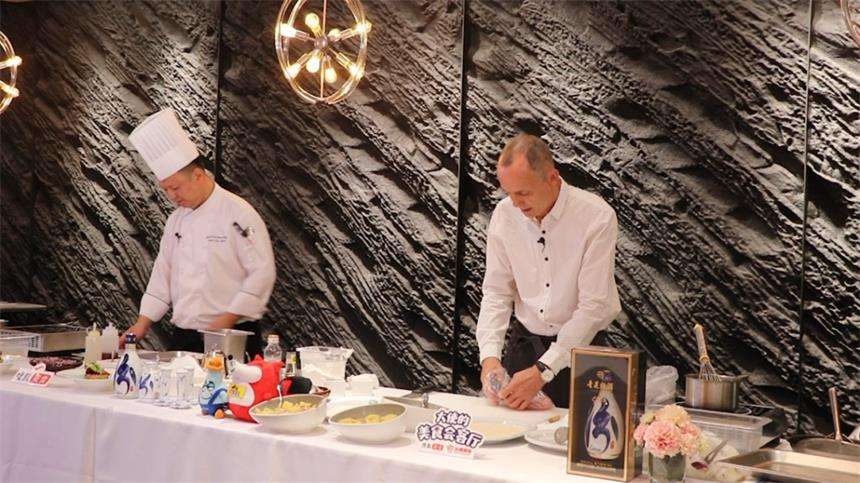 During the cooking process of the two chefs, Mulan, editor-in-chief of Sohu Food, learned about Austrian culture and food from Mr. Dieter Scharf and Ms. Barbara Stark through interactive conversation.

Between square-inch cooktops, the same ingredients are very different in the hands of China and Austrian chefs. The two chefs have their own characteristics. Authentic fried pork chops and potato salad satisfy the appetite of the audiences at the scene, and also bring a perfect feast of vision and taste for Chinese and foreign audiences.

With heaven on earth, delicacy sings

With food and wine, the editor-in-chief of Sohu Food led everyone into the Austrian Embassy. Here, Dr. Bai Minghao, Austrian Counsellor in China, and Mr. Zhang, a liquor lover, were invited to have a hearty tasting and exchange of China liquor and Austrian wine.

The two men exchanged views on the category, quality, flavor, taste, drinking style, spirit and culture of liquor and wine.

Take Fen-flavor Qinghua Fenjiu as an example, Fenjiu is praised as the purest, cleanest, healthiest and most cultured liquor. Fen-flavor liquor has strict selection of fermentation container, water and raw grain. In the brewing process, solid-state separation method is adopted for fermentation. The brewed liquor is soft, sweet and has a long aftertaste. People don’t feel dizzy after drinking it, and they wake up quickly.

With the improvement of people’s living standard, people drink more and more liquor. Fenjiu, which came into being at the historic moment, has become more diversified. It can be drunk pure, warm, fruity, prepared with medicinal liquor, and made into cocktails, and is deeply loved by people from all walks of life.

On-site Counselor Dr. Bai Minghao and Mr. Zhang respectively tasted wine and liquor. Different wines show different flavors of aroma, such as apple aroma and cherry aroma. If the wine is brewed in oak barrels, it will show woody fragrance. When you taste Fenjiu, you will have fruit aroma in your mouth, the mainstream aroma is apple aroma, pineapple aroma, almond aroma, and the fermented aroma of raw grain. Therefore, the feeling of drinking Fenjiu is that the mouth is soft, the mouth is sweet, and the aftertaste is lingering.

Mr. Zhang shared with you the drinking utensils of China liquor, from ancient bronzes to current glassware, bamboo cups, and the drinking order of China liquor. In addition, liquor is closely related to the spiritual culture of China people, and the emotional relationship between people and liquor can be realized in ancient poems.

At the end of the tasting exchange, the Ambassador’s Gourmet Parour also specially arranged a “surprise” session: Counselor Bai Minghao and Mr. Zhang played the classic Austrian game “Egg Crash” and finished this tasting exchange and sharing in fun and joy.

Tracing back to the source of food, exploring the world through flavor. For Chinese and foreign audiences, the Austrian Embassy or Tourism Bureau serves as the carrier of Chinese and foreign food culture, and explores global food and unique taste through live broadcast and interaction. You can learn about foreign food culture more intuitively and easily. This is also the aim of Sohu Food’s program Ambassador’s Gourmet Parour. 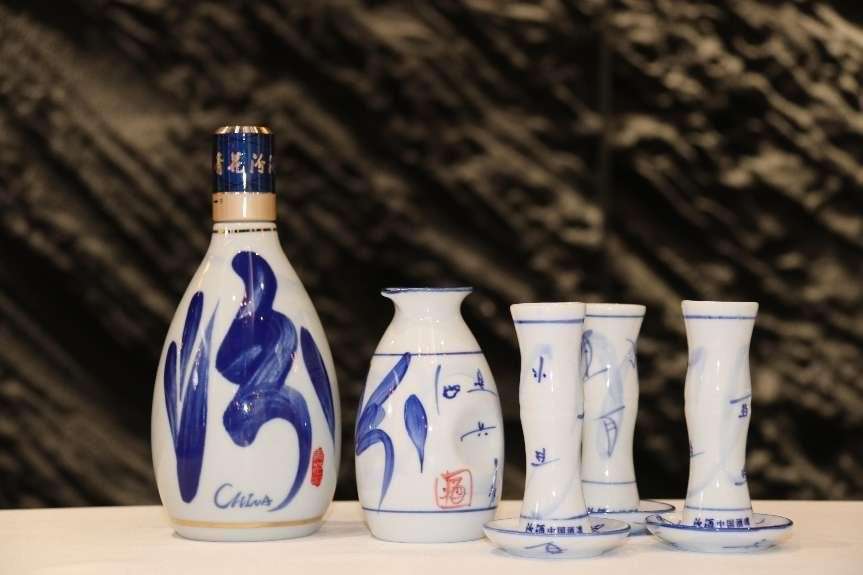 “Where can a wine shop be found to drown his sad hours? A cowherd points to a hut amid apricot flowers.”The Mourning Day, a poem by Du Mu, a poet in the late Tang Dynasty, made Xinghua Village in Shanxi Province synonymous with fine wine, and everyone knows it. Fenjiu International and Sohu continued to create a series of programs of Ambassador’s Gourmet  Parour, which also fully reflected the important strategic measures of Fenjiu in recent years to go overseas and actively expand overseas markets.