Technological finance represented by Bitcoin has always been favored by the capital market. There are only two ways to obtain this decentralized digital currency with a constant total amount: mining or buying it with fiat currency through exchanges. As the popularity of the bitcoin market continues to increase, more and more people have an effective demand for computing power mining, but self-purchased mining machine mining, whether it is technical threshold or energy consumption, makes ordinary users feel out of reach. The high difficulty of Bitcoin mining also makes it almost unprofitable to mine alone. Therefore, what Cloud-tron has to do is to create a platform for renting computing power, allowing everyone to “group” to mine. 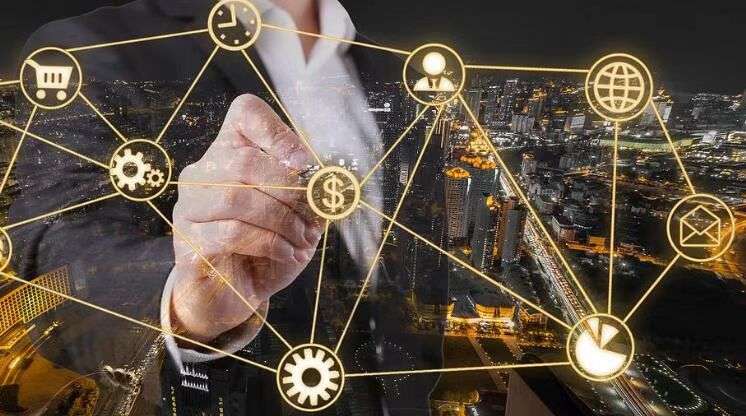 In essence, Cloud-tron uses the distributed concept of cloud computing power to aggregate resources to share revenue. In this way, although the total income of a single person per mining decreases, it can increase the probability of profit.

According to the company’s CEO, the original intention of the Cloud-tron platform is to allow more people from non-currency circles to participate in the Bitcoin industry, to provide conditions for inexperienced individual miners to access the Bitcoin blockchain network more easily, and to reduce the accuracy of miners. The entry threshold is a new strategy to alleviate the problem of computing power concentration caused by large-scale integrated mining farms.

Hashpower, not Bitcoin itself, will become a more valuable asset
There are still many unknowns in the future of Bitcoin. For example, the algorithm determines that the number of participants is proportional to the difficulty of mining, and the market price of Bitcoin is affected by the halving cycle and the growth of computing power. In response to these problems, Harry Wormchana explained that the difficulty of mining will also have a positive impact on the price of the currency, and the halving cycle can be calculated in advance and is within the controllable range.

Cloud-tron hopes to apply this fast and large-capacity cloud computing service to biological intelligent computing, genetic calculation, artificial intelligence algorithms and other directions in the future, and will find new revenue points after the chip ecosystem matures.

In the Bitcoin market, there are also major computing power chip manufacturing teams such as Bitmain, Bitfury, KnCMiner, etc., which are actively deploying cloud computing power service platforms, and Bitcoin wallets such as HaoBTC as security guards. In the face of competition, Cloud-tron’s advantage is to provide optimized computing power output through strong partners, and to develop a wider C-end user market. The platform not only guarantees the authenticity of the rented computing power mining machines, but also pays directly through USDT, which can directly discount the bitcoin income on the platform.

In addition, in terms of risk control, the platform monitors the price fluctuations of Bitcoin in real time, and reduces risks by continuously returning cash back to the investment portfolio every day. At present, Cloud-tron has been pre-launched in the Americas for one year and has accumulated about 50,000+ users. In order to increase market share, it was launched in the European market for the first time, and it has been officially launched for about 20 days. The maximum computing power supply of the platform can reach more than 20P, and the output computing power of the mining pool used can reach 23% of the entire network.

In terms of team, Cloud-tron currently has about 200 people, including 40 core team members, with financial education background and Bitcoin research experience. It is understood that the project is launching an angel round of financing.