The founder of TRON, Justin Sun, has been very active lately. Not only did he publish an article titled “The Future of the Blockchain Industry Is Undoubtedly Bright” at the Milken Institute on September 7, but he also participated in two consecutive days on September 28 and 29. The two major business events, “Token 2049″ and ” Milken Institute Asia Summit 2022,” held in Singapore.

Unlike previous years, Justin Sun brought more attention and thought to the two events. He took the stage to share his own journey after founding Tron five years ago and reflected on the theme of the Milken Institute Asia Summit 2022, “The World Transformed.”

Justin Sun has been a strong advocate for global financial reform since he went from being the founder of TRON to Grenada’s Ambassador to the WTO. He has also stated several times that “fully decentralized blockchain technology will become mainstream and replace traditional forms of finance.” 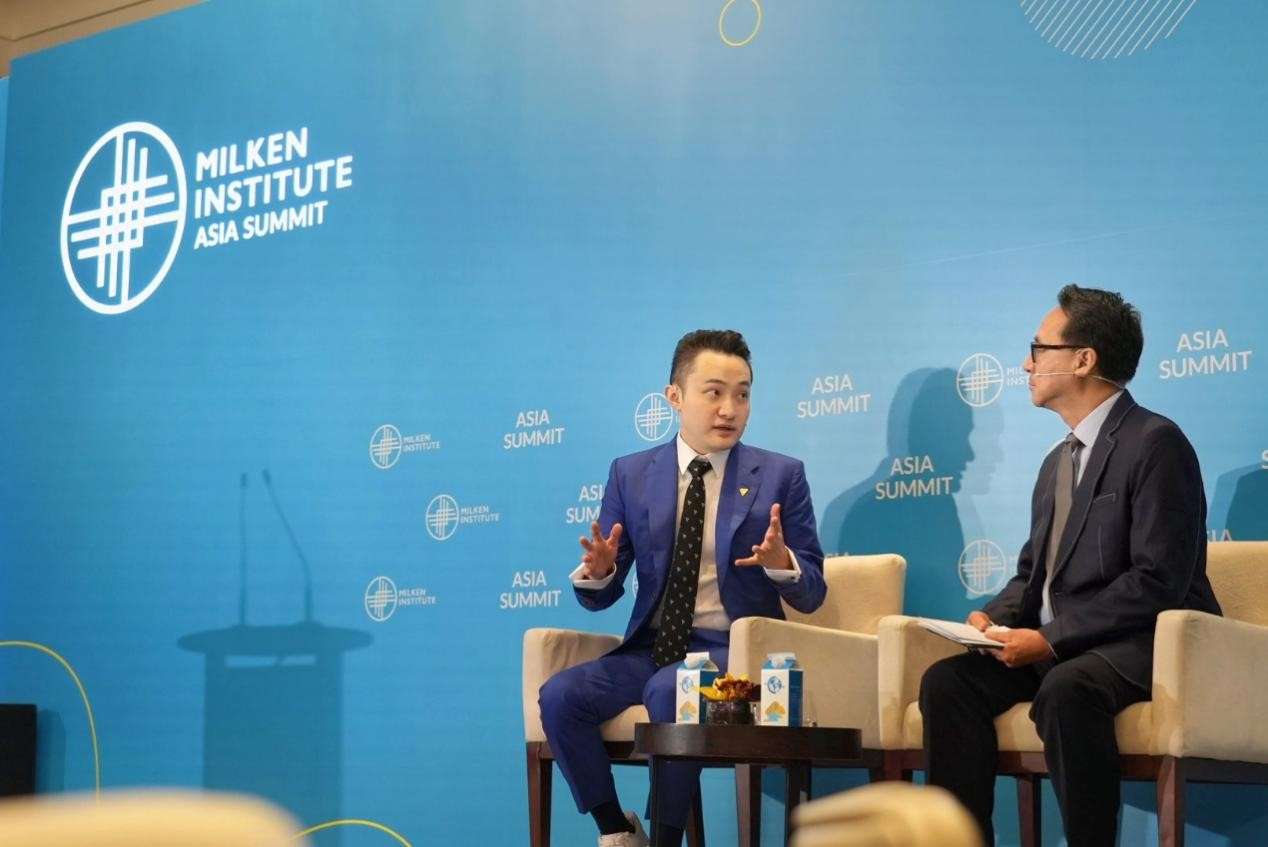 Defender of the darkest hour

There is no denying that the problems facing the world in 2022 are distinct from those in earlier years. Before COVID-19’s last traces vanished, they foreshadowed the start of another severe worldwide economic crisis. Interest rates have been gradually rising by the Federal Reserve, reaching a cumulative rate of 300 basis points in less than six months. This has had an impact on a variety of risk assets, including the stock and future markets, as well as commodities like gold and oil. Cryptocurrencies such as Bitcoin and Ethereum, which have been steadily rising, have also seen a sharp decline. “Cold winter” and “bear market” were the topics of intense discussion for a while.

Just as Prometheus stole fire for mankind in ancient Greek mythology, one must always be “courageous,” “persevering,” “forbearing,” and “believing”; this is the main message that Justin Sun wants to convey to everyone at the various business conferences he has been attending frequently lately. In the darkest moments, it is necessary to “walk in the dark” and not wait for a light. Perhaps a few years ago, Justin Sun wondered how blockchain technology would develop. Now, having changed his identity, Justin Sun is more concerned about the direction in which the world economy will develop.

Of course, this is not all Justin Sun’s own fancy. With the accumulation of TRON DAO over the years and the rapid growth of TRON DAO since its inception, there are unparalleled benefits, both from a technical and user perspective; “more than 110 million users and up to 1,400 decentralized chain applications” can be said to be a light in the dark that illuminates the foreground direction.

In the service of “true freedom”

The “financial freedom” and “freedom of private property untouched by others” that Justin Sun has always insisted on have also become popular; more and more people are beginning to believe in his views, including traditional financial institutions such as Deutsche Boerse’s Xetra electronic platform.

While TRON DAO has made little progress at the level of traditional financial institutions, it has been approved in 14 European Union countries, including Germany, France, the Netherlands, Switzerland, etc. However, this is obviously not enough for the “full decentralization” envisaged by Justin Sun. Absolute “financial freedom” can only be achieved by truly earning the respect and acceptance of regulators whose members are fundamentally sovereign states.

Justin Sun knows that the sovereign state is the fundamental part of the order and structure of the world today, and the final recognition of blockchain technology by the sovereign state is the final step for the blockchain industry to become the decentralization of the underlying financial institutions for humanity in the future. Therefore, speaking with Chair of Milken Institute Asia Center and former U.S. Ambassador to the Asian Development Bank, Curtis Chin, at the Milken Institute Asia Summit 2022, Justin Sun also generously stated that the status of Grenada’s Ambassador to the WTO can help him better implement the vision of “financial freedom.”

With his experience as an ambassador and permanent representative to the World Trade Organization, Justin Sun’s significant investment in Grenada’s economic recovery has brought blockchain technology to Caribbean nations far from the center of the global economy and offers new prospects for the economic growth of more sovereign nations.

Changing identities seem to be synonymous with Justin Sun. Inwardly, he is a staunch advocate of blockchain technology and strives for the full realization of “financial freedom” for humanity. Outwardly, his interest has reached sub orbit; the charity campaign with Blue Origin in December 2021 has also attracted many eyes, so he was often asked about the true intentions of the association with Blue Origin, but he always answered lightly: “I am very optimistic about this industry; I am willing to try to develop in such an unknown space.”

But this is not enough to satisfy the curiosity of those who know him, and one can only assume that this is another “freedom” that Justin Sun is pursuing.