Yesterday, the official microblog of Huawei terminal issued a notice: “spring and Jingming are the beginning of prosperity. At 19:002022 on March 16, we invite you to witness the spring conference of Huawei’s whole house intelligent and full scene new products.”

At the end of last month, Huawei brought the spring conference of smart office. In this event, Huawei launched ink tablet Huawei matepad paper, Huawei pixlab X1 printer, Huawei sound joy and other products, but the arrival time of the national bank version of relevant products was not announced at the same time. 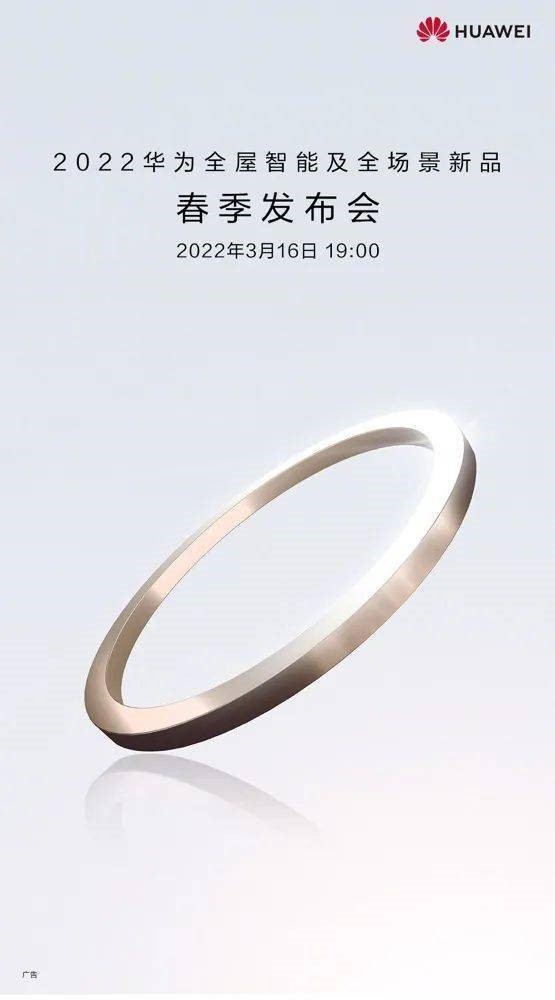 Combined with the publicity posters, in addition to the time of the new product launch activities, a ring is also displayed. The corresponding speculation shows that this may be related to the products unveiled in this event.

However, Huawei officials have not announced the possible new products for the time being, but relevant content has appeared in previous news.

At the same time, this Huawei matepad paper also has built-in Huawei books, providing more than 2 million reading resources and more than 20 languages. Run harmonyos 2 system and support super terminal, which can bring cooperation and interworking between different devices.

The news only showed the functional support and appearance design of this new product, and did not announce the specific selling price and actual release time of the national bank version.

The corresponding speculation is that it is expected to bring the official release of the BOC version in this release activity.

In addition to the ink tablet, Huawei also recently launched a new Huawei Nova 9 Se and showed the appearance design of the fuselage.

It is reported that the new machine has a nearly oval camera module behind the fuselage. The whole module is black, and a circular large-size lens placement area is set above it. The overall design style is close to the Huawei nova9 series released last year.

In the image part, there is a 108mp main camera, 8mp ultra wide-angle lens, 2MP depth of field and 2MP macro lens in the back, and a 16 megapixel lens in the front.

In addition to new mobile phones and tablets, other product lines will also bring updates. You may as well keep looking forward to it.