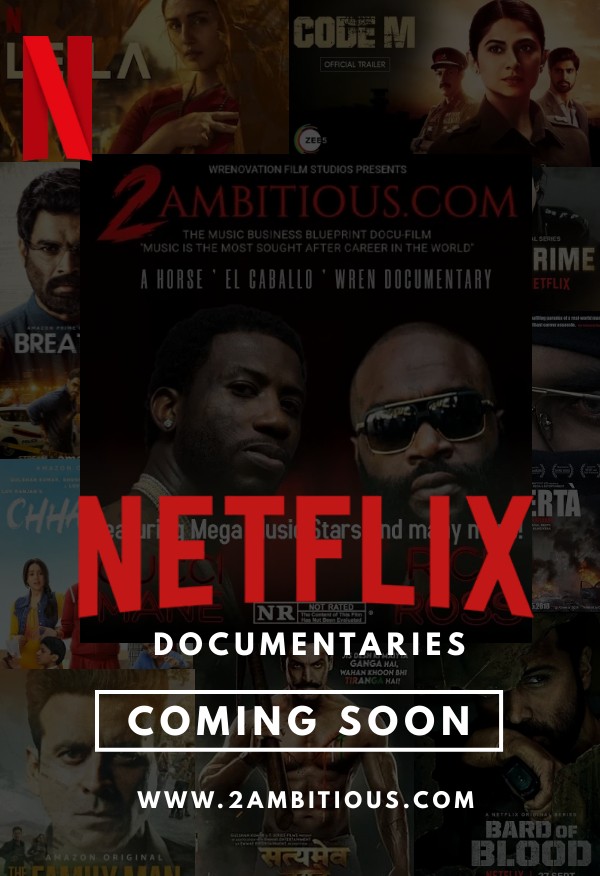 Following the substantial success of director Horse El Caballo Wren docuseries being screened at over40 independent film festivals from as far as Germany to Africa. 2ambitious.com is an all-original rap doc set to go to VOD first. Then circle back to be on streaming platforms such as Tubi, Roku, Hulu, and many others. This highly anticipated rap documentary series on the business side of the music industry has great potential. It will not take long for VOD subscribers to rent or purchase 2ambitious.com and tune into the award-nominated “Best Original Rap Documentary!”

The documentary series debuted recently in Texas and was well received. Which led up to the VOD release ahead of scheduling another festival debut. And, yes the doc title 2ambitious.com is actually a website URL as well.

2ambitious.com director Horse ‘ El Caballo ‘ Wren has taken the biggest names in music interviews to tell the story of how they reached music success and even how some maintain it. The major record label executives add the advice for difficulties some artists face in the pursuit of a career in music.

Along with putting a name to the new generation of gen”RM” for Rap music generation. A lot of questions that were answered will be like a ray of hope for new artists to follow for 300 years or more in this 3 part doc series. Season 1 is the cliffhanger, and music fans will be wanting more and more answers hoping that Season 2 quickly follows sooner, rather than later.