Fenjiu Enters the Embassy of the Kingdom of Thailand in Beijing

BLOOMING THE INTERNATIONAL CHARM OF THE BRAND, FENJIU IS EMERGING AS THE TOP WINE BRAND OF CHINA

Beijing, China – March 31, 2022: Fenjiu, a leading winemaking company of China has proudly announced that on March 20, 2022, it entered the Royal Thai Embassy in Beijing to showcase its magical wine and food. This took place in the second episode issue of the high-end life and food program “Ambassador’s Gourmet Parlour” exclusively presented by the famous Chinese wine Qinghua Fenjiu came to the Royal Thai Embassy. The Honorable Ambassor, His Excellency Arthayudh Srisamot welcomed the guests to the Embassy, alongside the Director of Thailand Tourism Administration Pan Kenan. 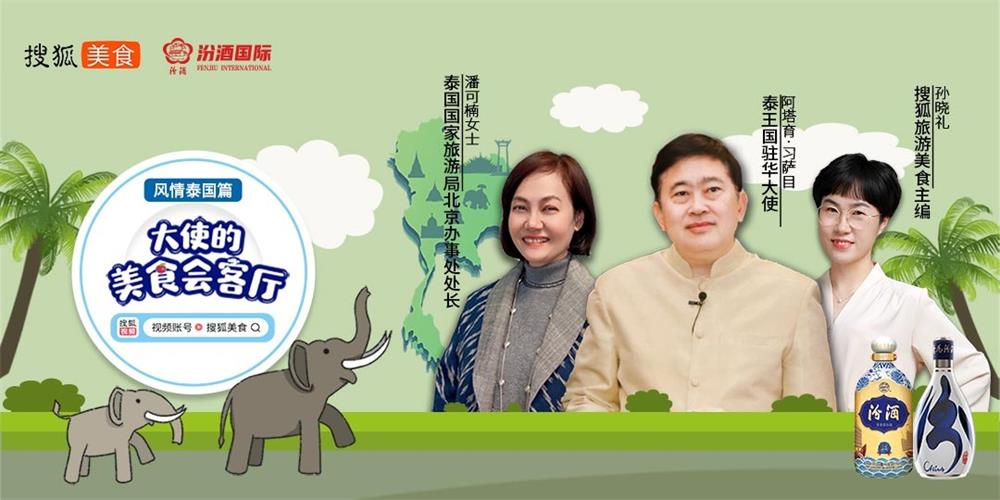 “We are delighted to host Ambassador’s Gourmet Parlour to the Thai Embassy, and we had a great time with some of the most delicious stimulations to our taste buds.” Said The Honorable Ambassor, His Excellency Arthayudh Srisamot of Thailand, while welcoming the team at the Embassy.

Qinghua Fenjiu, a famous Chinese wine known for its delicate fragrance, has always aimed to become a carrier of exchanges between Chinese civilization and other civilizations in the world in the new era, and is committed to dialogue with the world in more diverse ways. According to the officials, the Ambassador’s Gourmet Parlour program coincides with the event of the Royal Thai Embassy. 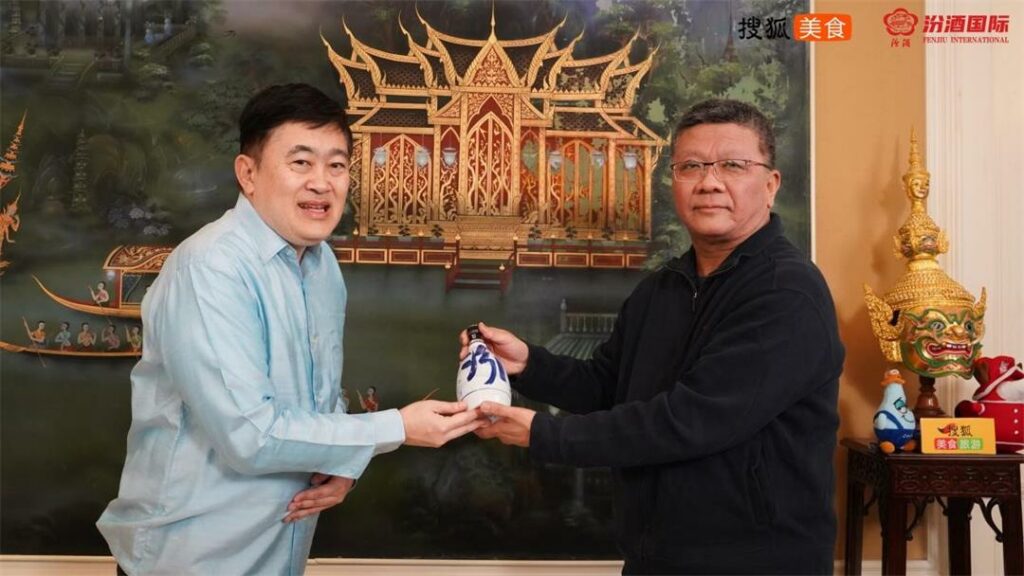 Themed around Thai railway, the Thai-style event hosted by the Embassy of the Kingdom of Thailand, there were fresh fruit stalls on both sides that attracted everyone to stop and watch. It was themed to look like a railway, and the only “market on the rails” in the world. Thailand Maeklong Railway Fair The re-engraving of the city landscape. This event has simply restored this magical landscape of Thailand as the vendors on both sides of the railway sold all kinds of fresh fruits and food.

The event simply brought the rich and diverse Thai culture to China and according to Pan Kenan, director of the Beijing Office of the National Tourism Administration of Thailand, the purpose of this Thai-style event is to let friends who cannot go to Thailand during the epidemic experience the authentic Thai culture here.

Ms. Pan Kenan, director of the Beijing Office of the National Tourism Administration of Thailand, and the chief editor of Sohu Food, discharge the water lamp

Every November, Thailand holds the Loy Krathong Festival, where people put their own hand-made water lanterns into the river to express their best wishes. At the scene of this windy episode, the editor-in-chief of Sohu Food and Director Pan put the water lanterns carrying beautiful blessings into the pool, allowing the audience to experience a “water lantern” in an immersive manner.

Furthermore, the event was crowded, and the special snacks such as coconut-flavored cakes attracted most of the tourists. The event also included special snacks, Thai special dance performances, and Muay Thai performances.

“My favorite Thai food is pad Thai rice noodles because it doesn’t need a lot of water, and the ingredients in it are very rich, including rice noodles, seafood and various seasonings, and the taste is very rich.” The ambassador said. The Ambassador also talked about Thailand’s table manners and how the children and adults are served food.

“I want to bring this wine chocolate back to Thailand to share with my friends.” Said Director Pan, whose heart was instantly captured by this wine chocolate made from Fenjiu. Fenjiu, as the representative of light-flavor liquor, is very close to the internationally popular whiskey and vodka in taste and is very suitable for the liquor-flavor of cocktails. At the same time, the pineapple, apple, pear and other aromas in the compound aroma of Fenjiu make it more acceptable to consumers in terms of taste than other aroma-type wines. Nowadays, in China, Fenjiu often uses limes from Thailand to make cocktails, and gradually formed a unique cocktail culture, which is widely sought after at home and abroad.

To watch this entire program, please click the link below: