Multilingual versions will be launched simultaneously for the first time. 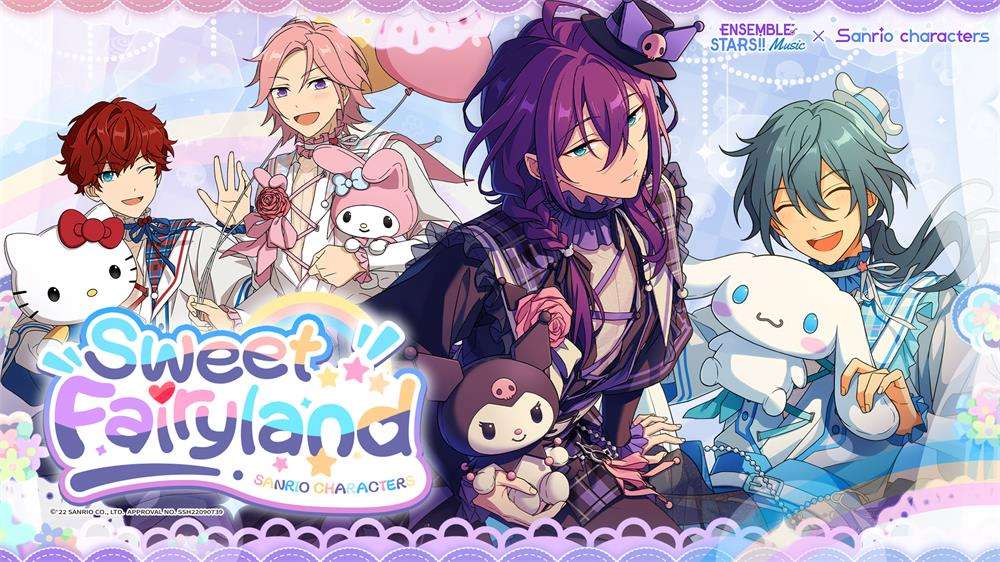 Ensemble Stars!!Music, one of the most popular music-themed idol training mobile games, produced by Happy Elements, is announced in collaboration with the world-famous Sanrio characters, including KUROMI, Cinnamoroll, My Melody and Hello Kitty.

Since the English version was launched in June 2022, this is the first time that it has launched an IP crossover event at the same time as the multilingual versions, including Simplified Chinese, Traditional Chinese, Korean, etc. The event will start from October 2nd to October 16th.

The developer has confirmed that FREE Event-limited Card, new Limited-time original Scout, and Collaboration Furniture will be available throughout the collaboration.

Ensemble Stars was published as “Most Tweeted About Games Globally” on Twitter, the third in 2022H1. Sensor Tower shows that “Ensemble Stars!!Music” became the highest-paid music mobile game in the world in 2021, with total revenue of over $300 million. In June, 2022, the English version of Ensemble Stars!!Music was launched on iOS and Android. On the day of its launch, it reached the top of the free list and music list of iOS in America, and also the top 1 on iOS free list in Singapore.

Since the announcement, players on social networks have warmly welcomed the crossover event between Ensemble Stars!! Music and Sanrio, the announcement has been retweeted more than 10,000 times on Twitter.

The doors to the Sweet Fairyland are open to our most welcomed guests. Enjoy yourself here in all the love, fantasies, desserts, and beautiful music!

Ensemble Stars!!Music, an essential sequel of Ensemble Stars!, is one of the most popular music-themed idol training mobile games worldwide. Forty-nine idols from Yumenosaki Academy just start their journey in the vast world of entertainment. A brand-new immersive experience of training your exclusive superstar is there for you to embrace. Elaborated 3D live scenes, attractive game storylines written by famous playwrights, and a luxurious voice cast of more than 40 first-class voice actors… every single detail of the game enlivens a fully immersive gaming experience for players to enjoy.