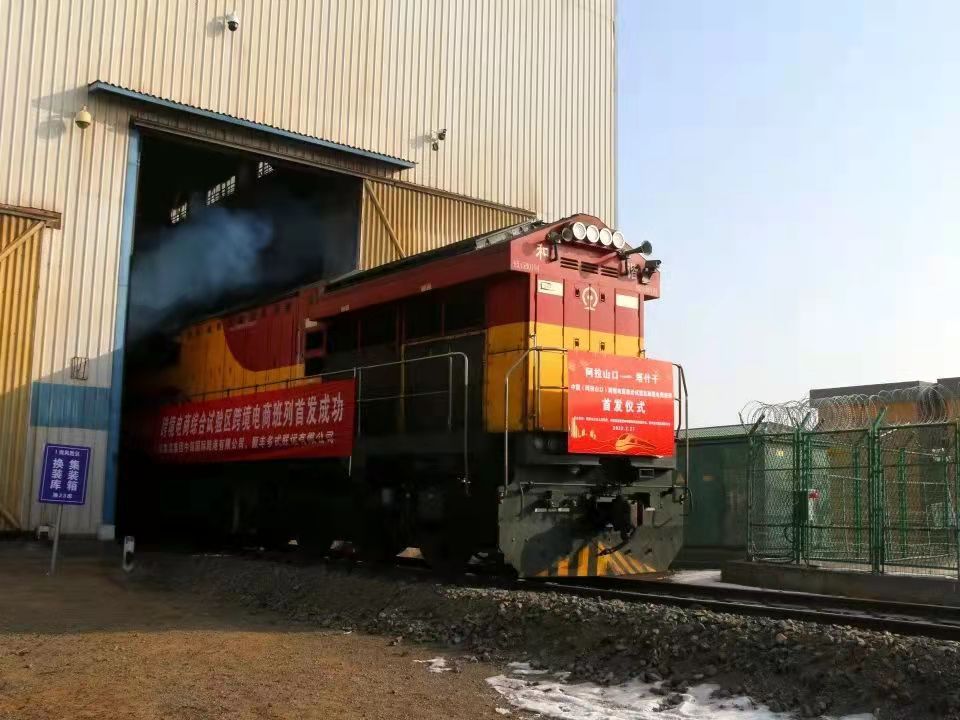 China has been Uzbekistan’s largest trade partner since the establishment of the China-Uzbekistan comprehensive strategic partnership in 2016.

The commodities aboard included solar energy components, steel accessories, clothes, textile supplies, and other goods manufactured in Jiangsu and Zhejiang provinces and other regions, with a total product value of 5.59 million RMB (about 884,354 USD).

He Bin, assistant general manager of the freight company for this cross-border e-commerce train, said they will continue to increase investment in the construction of the core area, to build an international logistics channel along the Silk Road and the new Silk Road Economic Belt.

As a new form of foreign trade with great potential, cross-border e-commerce is developing rapidly. According to the Ministry of Commerce (MOFCOM), China’s cross-border e-commerce imports and exports climbed 15 percent year-on-year to 1.98 trillion RMB (about 311 billion USD) in 2021, with pilot zones playing a significant role in spurring the growth.

Wang Kaixuan, director of the department of Eurasian affairs at MOFCOM, said China-Uzbekistan e-commerce has broad prospects and is expected to become a new growth point for practical bilateral cooperation in the future.

Trade between China and Central Asian nations has grown more than 100-fold in the past 30 years. China is willing to work with the five countries in Central Asia to enhance cooperation and bring economic and trade cooperation to a new level, according to Minister of Commerce Wang Wentao.