Some 150 participants shared their views on better dissemination of Belt and Road Initiative (BRI) stories at the “2022 New Silk Road Story Exchange Keqiao Forum” on Nov.15 and Nov.16 in Keqiao District of Shaoxing City,Zhejiang Province.

Keqiao, which is home to China Textile City and enjoys a global reputation as a textile trade hub, has seen its export up 25.9 percent year on year to 96.67 billion yuan (13.73 billion U.S. dollars) in the first three quarters of this year. The district’s exports to BRI countries and regions hit 56.22 billion yuan, up 28.2 percent year on year. 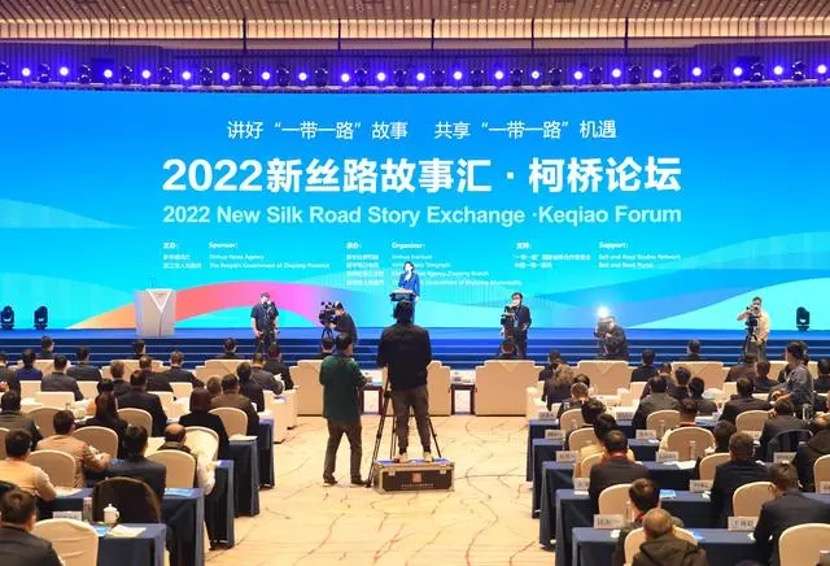 In his address to the forum, Wang Hao, governor of Zhejiang, said that since the 18th CPC National Congress, Zhejiang has taken the joint construction of Belt and Road as a major political responsibility as well as  a major development opportunity, accelerated efforts building key connectivity projects and made opening up on all fronts a key feature. Zhejiang will comprehensively deepen its trade, industrial, scientific and technological cooperation, as well as people-to-people exchanges, under the Belt and Road Initiative, adding that the province will broaden its development space through high-level opening-up to help with its common prosperity and modernization efforts.

The forum is jointly sponsored by Xinhua News Agency and the People’s Government of Zhejiang Province. Along with the forum, the organizers also launched a campaign to collect cases regarding good stories about the Belt and Road.