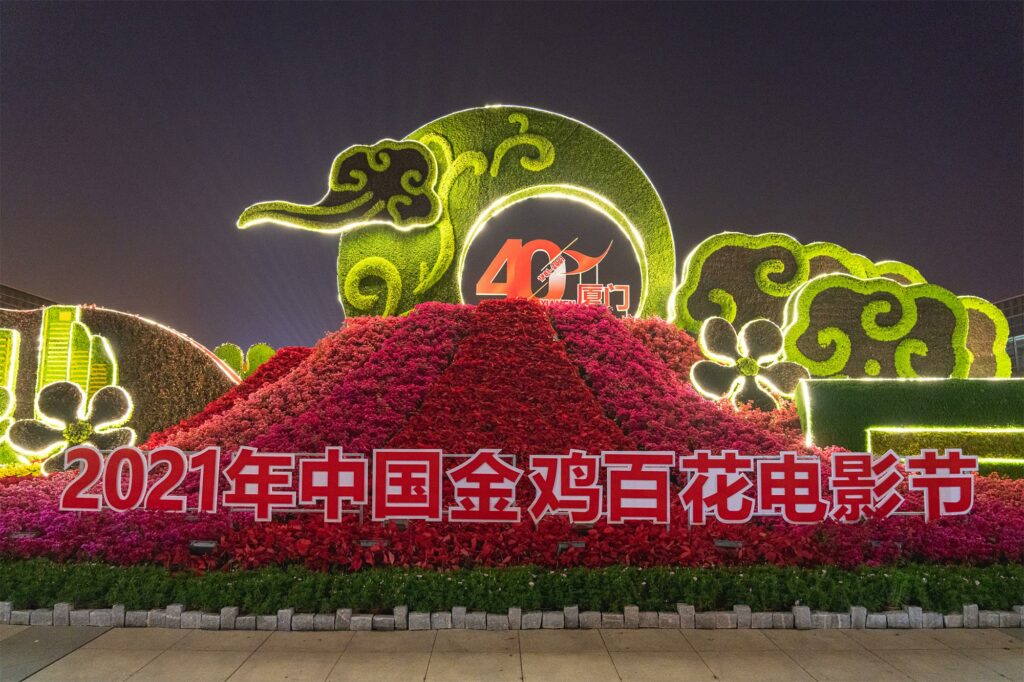 The three-day 34th China Film Golden Rooster Awards is being held in Xiamen, East China’s Fujian province from Dec 28 to 30, drawing a number of A-list stars and industry insiders.

The Golden Rooster Awards, which was launched in 1981 (the Year of the Rooster), is a national film awards event sponsored by the China Federation of Literary and Art Circles and the China Film Association. It has developed into China’s most prestigious film awards event and has contributed significantly to the development of China’s film industry.

As the host city of the Golden Rooster Awards, Xiamen has seen rapid development in the film and TV industry in recent years. Statistics show that in 2020, the operating revenue of Xiamen’s cultural industry totaled 116.36 billion yuan ($18.26 billion), growing by 7.3 percent year on year.

Xiamen, a coastal city with enchanting natural scenery and a pleasant climate, has been hailed as “a garden on the ocean,” and it also bears elements of Minnan (southern Fujian province) and Western cultures, both of which help the city win the reputation of “a natural studio” and is favored by many filmmakers and directors.

The city’s government has designated the film and TV industry as one of the engines to promote economic growth and has aimed to turn the city into a “film and TV capital” in China.

The city’s continuous efforts have proved successful. Official data show that as of the end of November, Xiamen had gathered 2,046 film and TV enterprises, of which 350 were newly established this year. More and more industry leaders are choosing Xiamen as their investment destination due to its healthy business environment for the film and TV industry. Xiamen has become a hotbed for film and TV production such as the hit TV series “Minning Town,” which was released earlier this year.

At the same time, the rapid development of the film and TV industry has in turn helped enhance the city’s cultural soft power and urban competitiveness, and the beautiful garden city continues to create perfect harmony between man and nature and has become a calling card for both tourists and investors.