Shanghai will develop opportunities, optimize the business environment and further enhance government service standards with the aim to create a better future for both global investors and its residents, said Li Qiang, Party secretary of Shanghai and Gong Zheng, mayor of Shanghai, on Saturday at the 2021 Shanghai City Promotion Convention, a sideline event of the fourth China International Import Expo, at the Shanghai Tower. 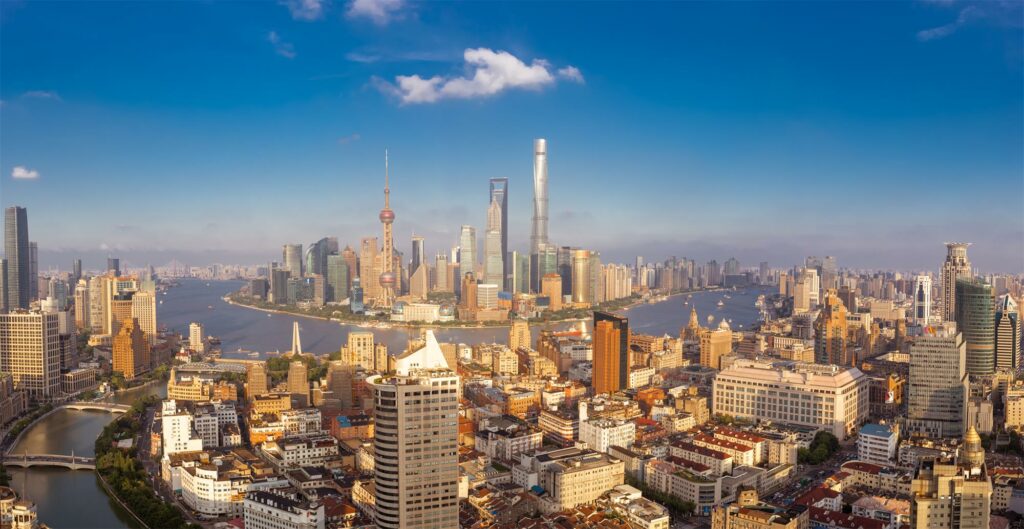 The Shanghai government aims to continue to optimize its business environment during the 14th Five-Year Plan (2021-25) to secure a bright future for global investors. GAO ERQIANG/CHINA DAILY

Li said Shanghai is one of the largest economic hubs in China. The city, on the front line of the country’s reform and opening-up, features inspiration and creativity, an expanding talent pool, complete industrial chains, a prosperous market, quality and efficient government services and a quality life.

In the next few years, Shanghai will continue to strengthen its capacity in international economy, finance, trade, shipping, technological innovation and consumption to support China’s economic upgrading and transformation. Shanghai will also take measures to be a central hub for domestic circulation and a strategic link connecting the domestic and international markets, Gong said.

Themed around “Embracing the CIIE, Sharing the Future”, the annual promotion event debuted in 2019 during the second CIIE. This year, it was participated in by representatives from international organizations, leading multinational companies, major State-owned enterprises, private companies, consulates in Shanghai and investment promotion agencies.

The Invest Shanghai Initiative, agreed on by investment promotion agencies including the Japan External Trade Organization, also known as JETRO, the Enterprise Singapore, the Canada-China Business Council, the German Chamber of Commerce in Shanghai, the European Union Chamber of Commerce in China, the Yangtze River Delta Entrepreneurs Alliance and the China Chain Store&Franchise Association, was signed to support Shanghai luring more foreign investors.

“The Shanghai municipal government has organized 17 roundtables (for us) so far this year” said Kenji Mizuta, chief representative of JETRO Shanghai Office. “I want to give Shanghai’s business environment a big thumbs-up.”

Mizuta said JETRO has received an increasing number of inquiries about investing in Shanghai, which indicates a high-level of interest in Shanghai from Japan.

“Shanghai plays a leading role within the strategy for the integrated development of the Yangtze River Delta,” said Clas Neumann, chairman of the board at the German Chamber of Commerce in Shanghai. “According to our survey, more than 70 percent of Germany companies in China have plans to increase investment within the next two years, and most of them will be in Shanghai or the Yangtze River Delta.”

Deals for 19 projects, scattered across administrative districts of Shanghai including Jinshan, as well as the Lingang Special Area of the China (Shanghai) Pilot Free Trade Zone and the Shanghai Hongqiao International Central Business District, worth 17.8 billion yuan ($2.78 billion) in investments were signed at the convention. The projects are related to industries such as biopharmaceuticals, integrated circuits, artificial intelligence, high-end equipment, new materials and life sciences.

The annual city promotion event has become a window for global companies to look into the city’s future and be more efficient in decision-making.

“The promotion event is a great opportunity for us to hear from the government leaders of Shanghai on the future policies. It helps us to be more clear of what kind of investments we can make in the future, what kind of infrastructure will be available in the future for us to continue to invest and grow in the city,” said Rajat Agarwal, president of Henkel China.

Wang Lei, executive vice-president of AstraZeneca International, who also acts as the company’s China unit president, echoed Agarwal. The pharmaceutical company is participated in the promotion event for the second time since 2020. Wang said the company is willing to learn about Shanghai’s developments in the construction of a global innovation center and free trade zone, the city’s role in the Yangtze River Delta region, and Pudong New Area’s development potential.

Being held for three consecutive years in a row since 2019, the Shanghai City Promotion Convention has generated fruitful results in demonstrating the city’s charm and becoming a platform for global investors to learn about Shanghai’s past, present and future.

Shanghai reported “better than expected” results in promoting commercial development in the first three quarters despite the pandemic, according to Zhu Yi, deputy director of the Shanghai Commission of Commerce.

Overall retail sales in the city hit 1.33 trillion yuan from January to September, a year-on-year increase of 19.6 percent. The growth rate was higher than the national average of 16.4 percent.

The number of newly established foreign companies was 5,136, representing a 27.1 percent year-on-year increase. The total value of contracted foreign investment was $44.51 billion. By the end of September, Shanghai was home to the headquarters of 818 multinational companies. It is also home to 501 research and development centers from around the world.

The city unveiled the construction plan of five new towns to support its urban development and optimize its industrial layout in the 14th Five-Year Plan (2021-25).

Focusing on the central area of Shanghai, its five suburbs are Jiading, Qingpu, Songjiang, Fengxian, and Nanhui districts in Pudong New Area. Each is planned to have a unique industrial layout. As an example, Jiading will focus on new energy vehicle development while Songjiang will boost high-end manufacturing industry growth.

Development of Pudong New Area, in fields including finance and biopharmaceuticals, will continue to be highlighted during the next five years. Party secretary Li pointed out that more attention should be devoted to conducting basic scientific research and seeking breakthroughs in core technologies, while attending a parallel session of the fourth Hongqiao International Economic Forum－a part of the fourth CIIE. 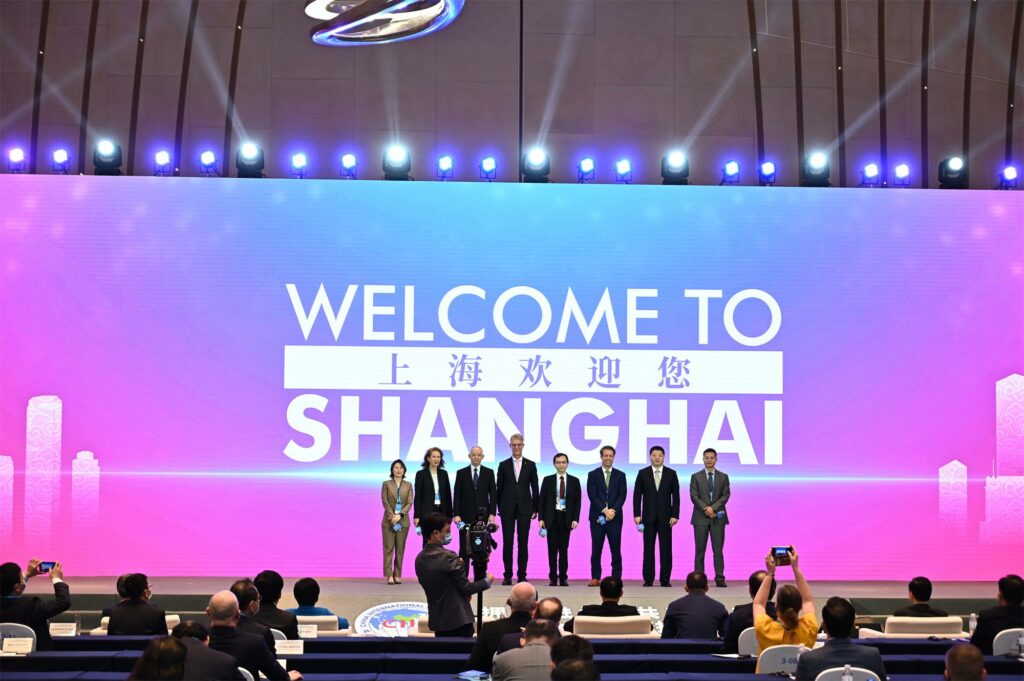 Efforts will also be made to boost development of the Lingang Special Area of the China (Shanghai) Pilot Free Trade Zone and the Shanghai Hongqiao International Central Business District.

Shanghai will take the enhancement of “soft power” as a key task for its 14th Five-Year Plan. Li said in June that urban soft power is mainly about intangible strengthening, guided and formed by values, culture and systems.