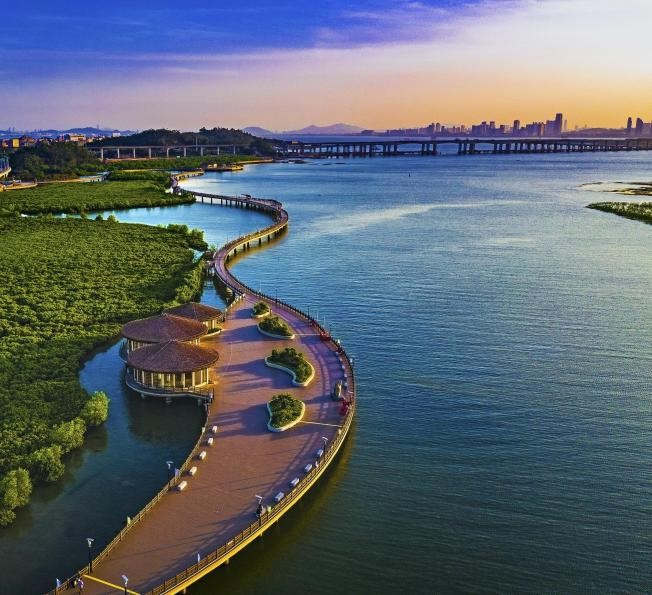 Xiamen’s marine economy is expected to embrace high-quality development during the 14th Five-Year Plan period (2021-25) as it has recently been guaranteed a leading city status in developing marine sectors in East China’s Fujian province.

The municipal government released two development plans, which noted that efforts should be made to enhance its role in bolstering the province’s marine economy.

According to the plans, Xiamen will set up strategic emerging marine industrial clusters by promoting the commercialization of scientific and technological achievements.

Efforts will be made to speed up the construction of a national demonstration zone for the marine economy. Marine biological industries will also be cultivated, and build global supply bases for marine products.

Xiamen will foster new drivers of growth for marine economy, such as building itself into a Southeast International Shipping Center and improving the efficiency of the ocean shipping transportation system.

The plan noted that as of 2023, Xiamen will set up a modern marine industrial system supported by emerging marine industries, modern fisheries, port logistics, and high-end coastal tourism.

The local government has also stepped up efforts to improve basic research capability, and build a batch of marine scientific research institution. A wide range of supportive measures have been rolled out to further stimulate the vitality of scientific and technological innovation.

A high-tech industrial park for marine industry is expected to be built in Xiamen, which will push forward the development of high-end marine industries.

Supported by strong scientific and technological prowess, the output value of Xiamen’s marine industry will reach 300 billion yuan by 2025, which is estimated to account for 30 percent of the city’s total GDP.

As a key port city of the 21st Century Maritime Silk Road, Xiamen will beef up efforts to attract world-class marine enterprises and core technologies, encourage Xiamen enterprises to go abroad, and deepen opening-up and cooperation in the marine economy.

The city will develop itself into a world-class port, an international coastal tourism city, an ocean cultural exchange center for countries and regions involved in the Belt and Road Initiative, as well as a global model for marine ecological governance.