Multinationals to have new opportunities in China 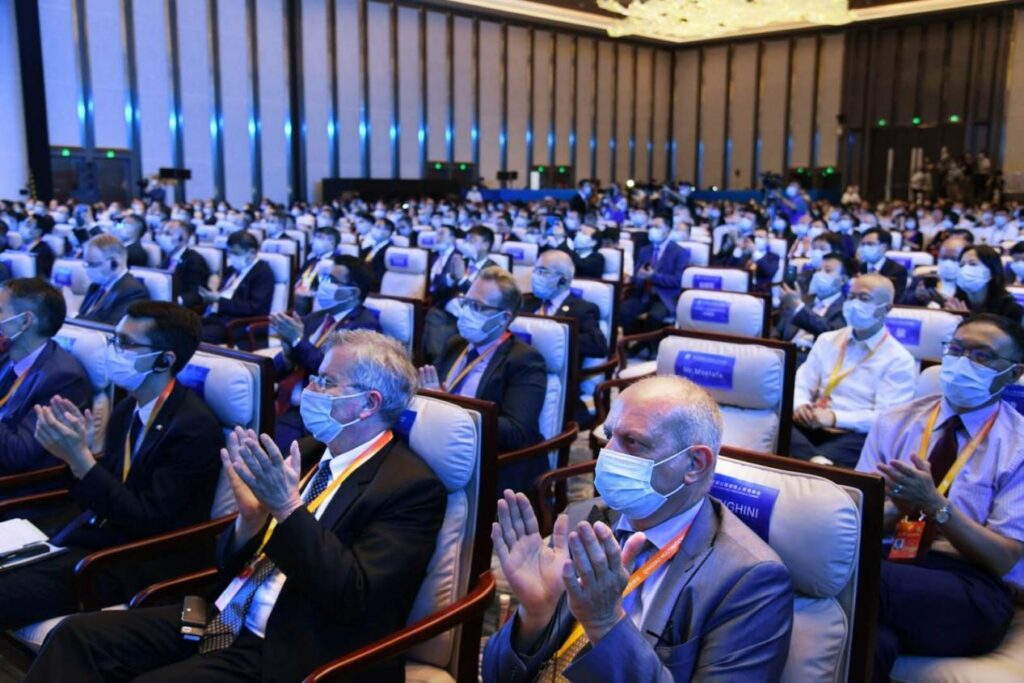 China will provide new development opportunities for multinational companies, according to Gu Xueming, director of the Chinese Academy of International Trade and Economic Cooperation at the second Qingdao Multinationals Summit.

The second Qingdao Multinationals Summit opened in the eastern coastal city of Qingdao, Shandong province on the evening of July 15.

The summit, jointly held by the Ministry of Commerce and the Shandong provincial government, focuses on the position of multinationals in the global industrial chain system and the symbiotic relationship between multinationals and the Chinese market. Attendees included 390 Fortune Global 500 companies and 517 industry leaders.

By 2020, 219 Fortune 500 companies in Shandong from 23 countries and regions had invested and established 812 enterprises in all cities throughout the province, with total investment valued at $80.9 billion.

According to the organizing committee, agreements for 96 foreign-funded projects worth $11.85 billion were signed at the summit.

A research report titled “Multinationals in China: New opportunities arising from a new paradigm” by the Chinese Academy of International Trade and Economic Cooperation was released at the ceremony.

In recent years, FDI flows into Asia have shown a fluctuating upward trend. The continent’s share of global FDI exceeded 50 percent in 2020.

Under these circumstances, multinationals are contributing more to the construction of a new development paradigm.

Multinationals play a strong role in developing the high-tech industry in China. According to the National Bureau of Statistics, from 2015 to 2019, the actual use of foreign investment in China’s high-tech industry increased from $16.58 billion to $39.06 billion, with an average annual growth rate of 25.9 percent. Its proportion in China’s actual national use of foreign investment increased from 13.1 percent to 28.3 percent.

Multinationals are a driving force behind the growth and increased quality of China’s foreign trade.